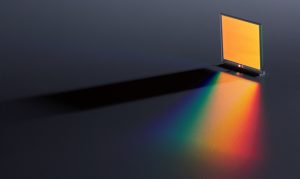 You can now find even more stock of transmission gratings on the Ibsen Photonics website. Whether for spectroscopy, high ...

In this newsletter, you can read about our new EAGLE spectrometer products, a technical note on transmission grating angle sensitivity, and also our recently launched website.

In this Ibsen Photonics Newsletter we address a wealth of different applications across all our product lines. For instance, the first section on our high efficiency PING gratings addresses such wide application areas as telecom wavelength selective switching, Raman spectroscopy, optical coherence tomography, and fiber optical sensing.

With one of the unique advantages of our fused silica transmission gratings being unmatched energy and power handling capabilities, this newsletter will include an update on the latest field results on this subject, ...

At an award ceremony yesterday, Johan Holm of Ibsen Photonics was presented with the yearly DOPS prize, an annual prize given to an individual whose contribution to the Danish optics field has been of unique quality and importance.

The award was given to Johan Holm for his efforts and results in connection with the development and commercialization of Ibsen’s PING gratings ...

Sign up for our monthly newsletter in the form below, and access the recording of our latest webinar Basics of Raman Spectroscopy?