How much light can my spectrometer capture?

This technical note gives some very basic formulas for calculating the relative amount of light that a spectrometer can capture through a slit, fiber, and fiber bundle. As an example, you can use these simple formulas to compare different spectrometer solutions.

The general situation for any surface with an area A where all positions on the surface accept light within a cone of top angle θ is illustrated in Figure 1 below. 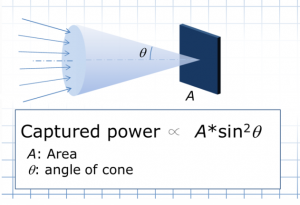 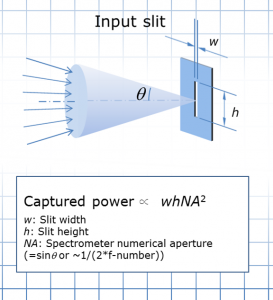 Figure 2: Light captured through the input slit of a spectrometer 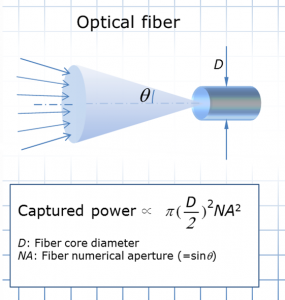 The slit of a spectrometer will typically be rectangular shaped with a one dimension much longer than the other. A fiber bundle can be used to collect light from a circular area and convert it into a rectangular area matching the slit area as shown on Figure 4. The light capture by each individual fiber is the same as in Figure 3, but since we now have N fibers the amount of light captured is also N-times larger. Just as the case for the single multi-mode, the fiber bundle will also cause a ~50% power loss. 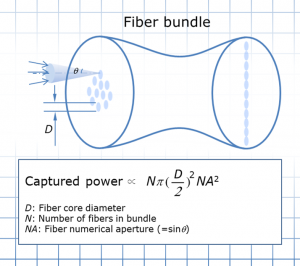